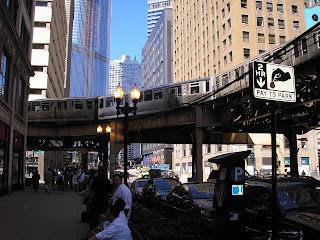 Chicago has a quaint metro transit system with elevated stations in the downtown area. Each of these have their own unique character with trains to match. 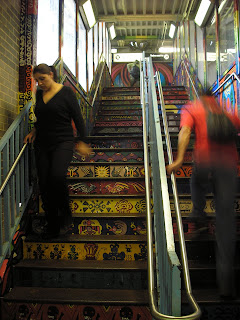 This is the third busiest subway system in the US. Passes used on the metro can be used on buses too like NY. However many parts of the metro is still using old technologies and some of the overhead stations retain the wooden stations built on iron beams. These are smaller compared to stations in Delhi or New York. Many of the stations reminded me of The French Connection although that film was shot in New York.

Chicago is set along Lake Michigan and the city spreads out in three directions - north & south along the shoreline and to the west. Each of the metro lines which bring the suburban commuters to the city have to crisscross the city through the downtown area. 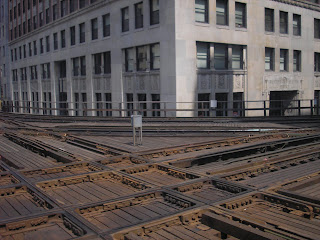 The interesting thing in the Chicago system is the Loop. This is a unique track system in downtown area that focuses trains towards a rectangular central loop. If you need to travel between suburbs you need to change trains at the Loop. This system must have evolved to avoid a traffic congestion. When they reach the downtown, trains simply have to go along the perimeter of the loop and pass each other without holding each other up. Something that was invented more than a hundred years ago and still works for the city. 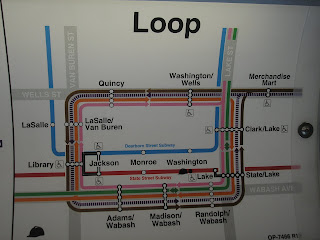 As a visitor you can visit most of the areas in downtown just by riding along the Loop - hopping off and on wherever you want. And while you are walking the streets once in a a train passes overhead reminding you of a station nearby. It somewhat like the Ring Road Rail system in Delhi only smaller. Imagine having something like that between commercial areas in Delhi.

However I am not sure how long this system could be preserved. As commuter traffic increases would it be possible to retain the older stations and keep running on old trains? 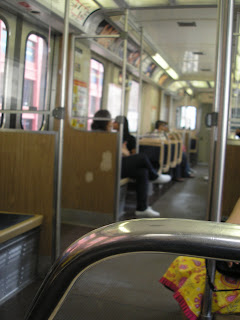